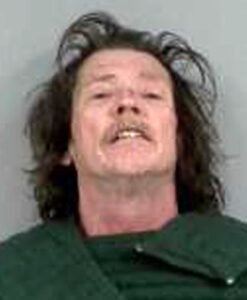 A Motley man is charged with murder for allegedly killing his girlfriend in their home.

Officers reported that while they were searching Wassather’s residence, they found 66-year old Christine Nygard dead.  Wassather was then taken into custody and the BCA was called to assist with the death investigation.

Nygard was transported to the Midwest Medical Examiner’s Office for an autopsy. The Sheriff’s Office says her cause of death was due to blunt head and chest trauma. The manner of death was ruled as a homicide.

Around 9:40 AM on March 6th, the Morrison County Sheriff’s Office received a 911 transfer from a man who said he received a phone call from his friend who had indicated that he killed his girlfriend.

The Sheriff’s Office and the Motley Police Department responded to a home located at 689 Highway 10 South in Motley. Police officers arrived at the location and were able to make contact with Wassather. Wassather was detained while authorities searched the residence.

Officers say Nygard and Wassather were in a relationship and they lived together in the home that Nygard’s body was found in.

Authorities are still continuing to investigate the incident. Authorities would like to remind the public that they believe this was an isolated incident and there is no known threat to the public.

“Our thoughts and prayers go out to the victim’s family for the senseless act of violence and to the First Responders that investigated and processed the scene,” said Morrison County Sheriff Shawn Larsen. “The victim tragically lost her life to domestic violence, which could have been prevented.”