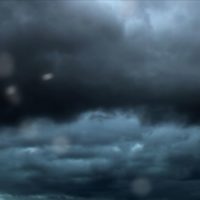 More Rain Needed to Make Up for Current Deficit in Minnesota

MINNEAPOLIS (AP) — Sunday’s rain in Minnesota will help ease drought conditions and elevated fire danger, but experts say it’s not nearly enough to make up for the current rainfall deficit.

The entire state is classified as abnormally dry and more than half of Minnesota is experiencing drought. The St. Croix River at Stillwater and the Minnesota River at Henderson are among the waterways with near record-low water levels, Minnesota Public Radio reported.

National Weather Service meteorologist Lee Britt in Duluth said that prior to Sunday, the rain that fell in Minnesota this month had been hit-or miss.

“What we have seen is just, you know, spotty storms, and while storms do generate a lot of rainfall, it’s just in such an isolated location it’s not enough to really get a large-scale area out of the drought category,” he said. “So what you need is widespread rainfall lasting for extended periods of time.”

St. Cloud, Duluth, Rochester and the Twin Cities, as well as Sioux Falls, South Dakota are running more than 2 inches (5 centimeters) below normal rainfall for the month of June.

Before Sunday, the Twin Cities received only four-tenths of an inch of rain in June.