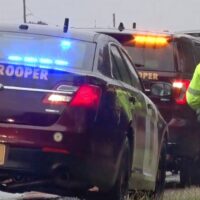 The Minnesota State Patrol is reporting great success over the summer in stopping dangerous driving behaviors through their Project 20(22) initiative.

Troopers conducted high-visibility patrols around the state over six weekends from May through September. The initiative was launched to stop the deadliest traffic violations: excessive speeding, lack of seat belt use, distracted driving, and driving while impaired.

The campaign follows a large spike in fatal crashes involving excessive speeds over the past two years.