The Minnesota Senate easily passed a nearly $1.9 billion public works construction package Thursday, a day after the house finally broke months of partisan stalemate and approved the bill. The package includes funding for a wastewater treatment plant project in Bemidji to address “forever” chemicals in the city’s water supply.

The Senate voted 64-3 to send the bill to Democratic Governor Tim Walz for his signature. The package, known as a bonding bill, was the biggest piece of unfinished business left over from the 2020 regular session, which ended in May. The House passed it 100-34 last night, and the Governor plans on signing the bill.

The bill includes $1.37 billion debt that will be repaid from the state’s general fund, plus some other funding sources. It also includes a tax break for new equipment purchases that’s aimed at main street businesses and farmers, which Republicans had long sought. Additionally, it includes some spending to cover current shortfalls, including money to keep two small correctional facilities open in Togo and Willow River.

Earlier this year, the City of Bemidji started phase one of their water treatment plant project, which addresses PFAS chemicals in the city’s drinking water supply. The city split the project into two phases, and in order to fund the full project of $16 million, the city asked the state for assistance in the bonding bill.

As you might expect, city leaders were watching closely as lawmakers debated and then eventually approved that bill last night and today. With the funds from the state, the city will be able to complete the project in its entirety. 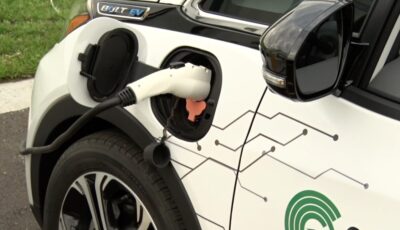