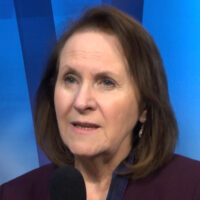 Lakeland PBS recently produced eight live local state legislative debates for our viewers. Due to scheduling conflicts with candidates, we were unable to bring you two other legislative debates, one of which was the Senate District 10 race between DFL candidate Suzanne Cekalla and Republican candidate Nathan Wessenberg.

Lakeland News recently spoke with Cekalla about her candidacy and her viewpoints on several topics. Wessenberg declined opportunities to be interviewed for this story.

One of the biggest points of conversation around this election is how candidates would like to see legislation address crime within Minnesota.

“I certainly don’t intend in any way to defund the police department, and I think that is a misnomer with that in the first place,” said Cekalla. “One of the things that I really am excited about and that I’d like to see, is more mental health workers with the police department and more social workers.”

Voters are also concerned about how money is being distributed throughout the education system. Cekalla says she is not satisfied with the state’s funding towards education and is excited to fight for a change.

“We want a change, big change! I love the idea of fully funding the education system,” said Cekalla. “I think it’s important for us to fund the school systems, and I really believe that children three years [old], and if the parents want to, should be able to go to a preschool so that those children can get started, just like the Head Start program, only [they’d] be part of the public school system. I would really love to see us go to age 20 so that the students could go to the vocational schools, community college, and get a two-year certification.”

Cekalla is also a local business owner. She believes this helps her relate to citizens of rural Minnesota in a unique way, because she knows what it’s like to have to rely on your business to support yourself and your family.

“I’d like to see us support small businesses from a grassroots situation on up,” answered Cekalla. “I think we can do a lot too with tax credit for that. Especially after the pandemic, I think a lot of small businesses really took a rough hit if they even made it, and I think that there is more that we can do for small businesses.”

Cekalla also spoke about how she feels the state has handled the economic challenges caused by the COVID-19 pandemic.

“I really think that with the pandemic, we knew that it was going to become difficult for all of us living after the pandemic,” said Cekalla. “We have a major issue with the economy. We have crazy inflation, and that is, you know, when we saw that the Federal Reserve was dropping the interest rate to, like, 2%, we should have known, and a lot of us did, that there was going to be trouble coming up ahead. You can’t do that without a huge swing going the other direction.”

Finally, Cekalla gave us her opinion on the topic of abortion.

“I say this all the time – it just grieves me for any woman that has to make that decision, but according to the First Amendment, I believe she has the right to make that decision herself. Whether she makes that decision with herself or her doctor or her collective family or however, it is her decision to make. I know that there’s been a lot of talk about late-term abortions – that doesn’t happen in Minnesota.”