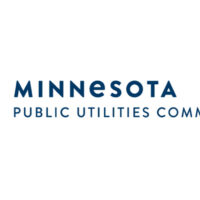 The proposed pipeline would stretch 28 miles (45 kilometers) from Green Plains Ethanol Plant near Fergus Falls to Breckenridge, then into North Dakota, Minnesota Public Radio reported. It’s one piece of a $4.5 billion project that would capture carbon dioxide emissions across neighboring states and deposit the emissions deep underground in North Dakota.

“With this being the first carbon pipeline in Minnesota, the Commission wants to ensure we are setting a process that is thorough, transparent and protective,” said Commissioner Chair Katie Sieben.

The environmental review will allow members of the public to comment and ask questions about the proposed pipeline.

Landowners, tribal representatives and other stakeholders have asked for months how the pipeline would impact their water sources, farmland and neighboring communities.

The group said it has secured almost 4,000 easements for the pipeline, representing 57% of the proposed route.

Larry Liepold, whose family rents farmland near an ethanol plant in Heron Lake, Minnesota, said he hopes farmers will be treated respectfully during this process, whether they sign an easement agreement or not.

The Trump administration in 2018 gave North Dakota the power to regulate underground wells used for long-term storage of waste carbon dioxide. North Dakota was the first state to be given such power, the Environmental Protection Agency said in announcing the move. The state has since invested heavily in carbon capture and sequestration technology.

Germany is also working on legislation to enable the use of underground carbon storage, a top government official said Thursday, adding that it is preferable to releasing carbon dioxide into the atmosphere.

The technology has yet to be deployed at scale. Opponents maintain it is unproven and has been less effective than alternatives such as solar and wind at decarbonizing the energy sector.