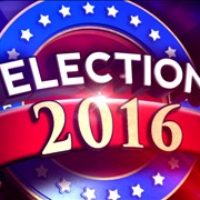 Secretary of State Steve Simon is encouraging Minnesotans to “make their voices heard” and vote in the Primary Election next Tuesday, August 9, which will determine what candidates appear on the ballot in the General Election on November 8.

Minnesotans can find out where they vote using the “Polling Place Finder” tool. Minnesotans can also view their sample ballot using the “My Ballot” tool. Polls are open from 7 a.m. to 8 p.m. As long as you’re in line by 8 p.m., you can vote.

In Minnesota partisan primary elections, voters do not need to publicly declare affiliation with a party — they are free to vote for any one political party on the ballot. However, voting for candidates from more than one party voids all votes in the party portion of the ballot.

The front of the ballot will have a column for each major political party and their candidates. The backside will include nonpartisan races for local and judicial candidates that are not affiliated with political parties. For these races, voters can choose any candidate — and in some cases multiple candidates — in as many races as they prefer. Primary ballots do not allow for write-in votes.