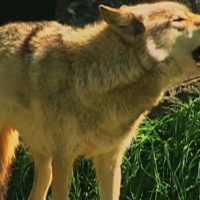 MINNEAPOLIS (AP) — Wildlife managers say Minnesota’s wolf population appears to have grown by 25 percent. The Department of Natural Resources on Monday released its 2016-2017 population survey. It estimates that Minnesota had about 500 packs and 2,856 wolves at midwinter. The margin of error is plus or minus 500 wolves.

Minnesota’s wolf population had been stable in the four previous surveys. The DNR attributes the increase since the 2015-2016 survey to more deer in the state’s wolf range.

Minnesota’s wolf population remains well above both the state’s minimum goal of at least 1,600 and the federal minimum goal range of 1,251 to 1,400.

Courts have rejected attempts by the federal government to takes wolves in Minnesota, Wisconsin and Michigan off the endangered list. Wolf hunting supporters are pinning their hopes on Congress.