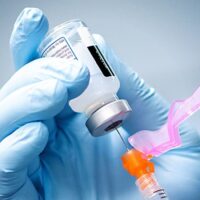 Minnesota Ready to Allow COVID-19 Boosters for All Adults

MINNEAPOLIS (AP) — Officials are so alarmed about the surge in COVID-19 cases in Minnesota that they’re ready to allow all adults to get vaccine booster shots by the end of the week if the federal government doesn’t approve them first, Health Commissioner Jan Malcolm said Tuesday.

Malcolm announced the plan to join other states in expanding booster shot availability on a day when Minnesota’s COVID-19 death toll eclipsed 9,000 people as the state struggles with one of the nation’s highest infection rates.

Minnesota had the country’s worst rate over the past week until Tuesday, when its rate was eclipsed by Michigan’s, according to data from the U.S. Centers for Disease Control and Prevention. Minnesota had 490 new cases per 100,000 people over the previous seven days, compared with 504 for Michigan.

“Given the alarming surge in COVID cases that Minnesota is facing, with the current case levels that we have, and as we now head indoors for the winter and gather for the holidays, this booster protection is particularly important and timely,” Malcolm said at a briefing for reporters.

Minnesota’s hospital capacity continues to tighten, Malcolm said, with 1,348 COVID-19 patients hospitalized, including 307 in intensive care units. Those were the worst numbers since late December. It’s even tighter for pediatric beds, she said.

Malcolm said she “would love to have more insight” into why Minnesota has turned into one of the county’s worst hot spots. One theory is that Minnesota’s rate growth has been slow and steady since mid-July and is high now because people have headed indoors as temperatures have cooled. She also cited the phenomenon of “waning immunity,” noting that the new surge has happened more than six months after many people were vaccinated.

On the positive side, Minnesota was second among all states in booster doses administered, Malcolm said.

“We’re optimistic that the message from Minnesota and many other states has been heard and that the federal government is close to announcing that expansion,” she said. “However, I would say that given the very serious circumstances we’re (having) here in Minnesota, we’ve been communicating with our federal partners that we are preparing to move ahead independently this week.”

The commissioner released a letter sent Monday by her and Dr. Sheldon Berkowitz, president of the Minnesota chapter of the American Academy of Pediatrics, to all Minnesota superintendents and school board members urging them to follow the latest federal guidance on prevention in schools. Besides promoting vaccinations for everyone ages 5 and up, they also joined in urging all K-12 schools to require universal masking.

Education Commissioner Heather Mueller sent a letter in the same vein this week to families with school-aged children. She urged families to keep schools safe by promoting masking, getting vaccinated and other safety measures, so they can ensure that students can stay in their classrooms for in-person learning.

The vaccine was recently approved for 5- to 11-year-olds. Although schools are trying to get as many children immunized as possible, there are still many communities where only half of the 12- to 17-year-olds are vaccinated.

Berkowitz told reporters Minnesota has seen over 175,000 cases, including four deaths, in people 20 or younger. He called vaccinations for children and the adults them come into contact with “clearly our best chance to truly get this virus under control.” 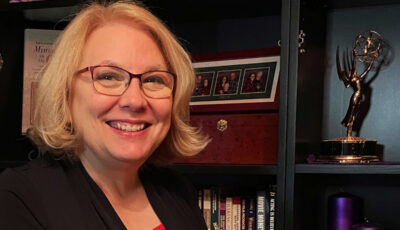