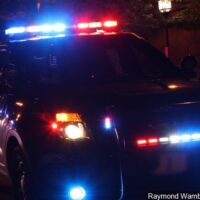 ST. PAUL, Minn. (AP) — A coalition of Minnesota’s largest law enforcement groups sued the state Friday seeking to overturn a state law that changed the standard for justified use of deadly force by police.

The lawsuit claims the law, which took effect in March, violates officers’ rights to self-defense and unconstitutionally compels officers to forfeit their rights to refuse to testify against themselves in deadly force cases.

The law underwent a major rewrite following George Floyd’s death in the custody of four Minneapolis police officers last May. Ex-Officer Derek Chauvin was sentenced last week to 22 1/2 years in prison. The three others are due to stand trial in March. All four also face federal civil rights charges.

The rewritten standard narrowed the conditions for when deadly force is deemed appropriate and depends on an officer articulating an imminent threat. Deadly force is now considered justified only when necessary to prevent great harm or death to an officer or bystander.

The police groups contend that officers weren’t given enough time to train on the new standard. Efforts to rewrite the law again or put it on hold failed to get included in a police accountability package passed during the Legislature’s special session this week.

“The process that led to last year’s law change was rushed under unprecedented circumstances,” said Brian Peters, executive director of the Minnesota Police and Peace Officers Association. “This law should have been fixed, but since the legislative session has now concluded, it is necessary to turn to the legal system.”

Walz spokeswoman Claire Lancaster said the governor’s office is “reviewing the lawsuit and will work with the Legislature to determine whether clarifying language is necessary.”

Backers of the change contend that officers resort to deadly force too quickly in tense encounters and that prosecutors had trouble bringing charges due to the way the old law was written.

Democratic Rep. Carlos Mariani, of St. Paul, who helped craft the standard as chairman of the House public safety committee, told MPR that the same police groups now suing were involved in writing the law.

“The standard itself was pretty carefully negotiated last summer with law enforcement at the table every single step of the way,” Mariani said. “What became law was language that law enforcement representatives helped to shape and they signed off on.” 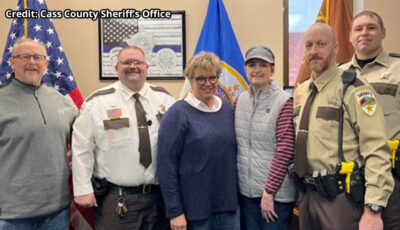