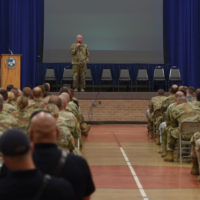 The Minnesota National Guard participated in a stand-down to sexual abuse event today at Camp Ripley in Little Falls. Major General Jon Jensen along with other leaders talked about ways to prevent sexual assault in the National Guard.

One of the main emphasis of the event was to encourage current soldiers to report sexual assault even if the assault took place in previous years. Building trust and continuing the development of leaders were skills that were also emphasized.

“My message to my soldiers was that everyone one of them are a leader and that they are leading somebody,” said Brigadier General Lowell Kruse.

Kruse also pointed out that the Stand-down to Sexual Abuse event was an opportunity to give courage to soldiers in the National Guard about reporting sexual abuse when they see it.

“We really wanted to bring forward the numbers of reported sexual assaults that we’ve had and the results from those cases that we were able to investigate, all in an effort to show to our soldiers that they are not alone and it is OK to report,” said Kruse.”

The Minnesota National Guard is continuing to work to eliminate any cases of sexual assault in their ranks. 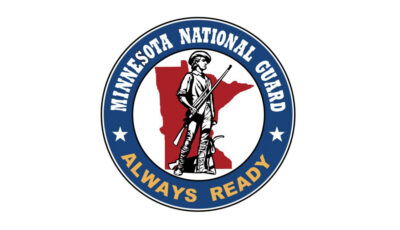