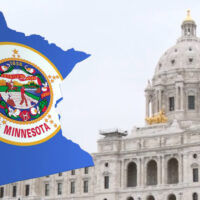 ST. PAUL, Minn. (AP) — The Minnesota Legislature rushed through $1 million in emergency funding Thursday to bolster the fight against bird flu, a highly contagious disease that has cost the state’s turkey farmers more than 1 million birds.

Senate Agriculture Committee Chairman Torrey Westrom, of Elbow Lake, pointed out before the unanimous votes in both chambers that the number of Minnesota farms and birds affected by the highly pathogenic form of bird flu has doubled in less than a week.

Minnesota is the top turkey producing state, with nearly 700 farms that raise about 40 million birds per year. According to an update on Thursday from the Board of Animal Health, the virus had infected 19 commercial turkey farms and two backyard flocks in 11 Minnesota counties with a combined 1,017,568 birds.

Across the U.S., the outbreak is the biggest since 2015, when producers had to kill more than 50 million birds to keep the virus from spreading. Cases have been reported in 24 states this year, with Iowa the hardest hit. The number of chickens and turkeys killed in the past two months has climbed to more than 24 million. Zoos across North America are moving their birds indoors and away from people and wildlife to protect them.

Rep. John Burkel, a former turkey farmer from Badger, recounted how his farm in Roseau County was struck in 2015. That outbreak required euthanizing 9 million birds statewide.

“The virus is different this time, and the need and the urgency is greater,” Burkel said.

Rep. Dave Baker, of Willmar, who represents one of the hardest hit areas of Minnesota, said the cold weather and worker shortages are making it harder this time for producers to euthanize infected flocks because the foaming machines used to suffocate the birds don’t work as well.

The bill, which Gov. Tim Walz is expected to sign soon, is meant to buy time by putting an extra $1 million into an emergency account at the Minnesota Department of Agriculture to supplement the $400,000 currently there. It will help pay for testing materials, equipment and personnel. Lawmakers are expected to field requests for more money later.

The U.S. Centers for Disease Control and Prevention says bird flu poses little risk to the general public and that poultry remains safe to eat as long as it’s properly cooked.