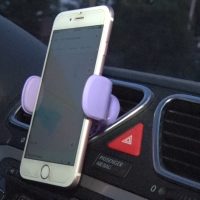 The hands-free law that goes into effect tomorrow in the state of Minnesota will eliminate holding your phone while on a call, making it illegal for drivers in Minnesota and those driving through the state. Some Minnesotans hope that it’ll help with distracted driving.

“I certainly hope so, I mean, even now you see a lot of people either texting, or checking their emails or whatever, so it certainly should help,” said Minnesota driver Steve Drown.

Sheriff Ernie Beitel with the Beltrami County Sheriff’s Office says this law is a serious change for Minnesota drivers, but it all falls back to distracted driving.

“The most significant factors that cause distracted driving are those cellular devices that are in our cars,” Beitel said.

The new law states you can make phone calls, text, listen to music and use your GPS device as long as it’s a one-touch or voice-activated system. Starting tomorrow, Beltrami County deputies will be enforcing the law on the roads.

“We are actively patrolling, we’re going to be watching for people holding their phone in their hands. Yes, it’s going to be a difficult task, but you can be in a stationary position and just watch cars go by and see if people are using their phone,” Beitel said.

One thing you can’t do under the new law is video chat. You also can’t grab your phone and look through your apps.

Some people send electronic messages while their car is stopped, but Beitel says that’s still unlawful if your stopped in traffic or at a light.

“Anytime you’re part of moving traffic, and stopped at a stop light or stop sign, you’re still in moving traffic. so if you need to use your phone while you’re operating a vehicle, pull to the side of the road where it’s safe to do so,” Beitel said.

Minnesota will become the 20th “hands-free” state in the United States.