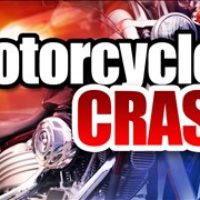 A Menahga man was airlifted to the hospital following a motorcycle crash on Sunday, September 1 in Wadena County.

According to the Wadena County Sheriff’s Office, deputies were on patrol at the Nimrod Jubilee Days celebration when they were notified of a motorcycle crash just outside of town. Deputies responded to the scene on County Road 18, just north of County Road 12, and found a motorcycle in the west ditch.

A lone male occupant, 37-year-old Michael Dozier of Menahga, was found next to the motorcycle and was complaining of injuries. Dozier was transported to a nearby landing zone and then he was flown to a Fargo hospital by North Memorial Air Care. His current condition is unknown.

The sheriff’s office reports that through an investigation it was determined that Dozier was southbound on County Road 18 when he lost control of his motorcycle and entered the ditch. He was not wearing a helmet at the time of the crash.

The Wadena County Sheriff’s Office was assisted at the scene by North Memorial Air Care and Ken’s Towing of Menahga.