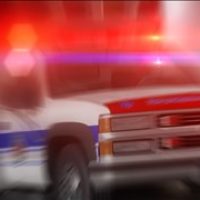 Man Who Died While Deer Hunting In Aitkin County Identified

A man who died while deer hunting in Aitkin County over the weekend has been identified as 56-year-old Gregory J. Nase of Columbus. The cause of death has also been determined as a gunshot wound.

The incident happened last Saturday. According to the Aitkin County Sheriff’s Office, Nase was hunting with his family on family-owned land in Milward Township, about six miles northeast of McGrath.

It was reported that the family was hunting together, making a deer “drive” for a wounded deer. Shots were reportedly fired at a moving deer, with shots striking Nase. Nase was pronounced dead at the scene.

The incident is under investigation by the Aitkin County Sheriff’s Office and the Minnesota Bureau of Criminal Apprehension.