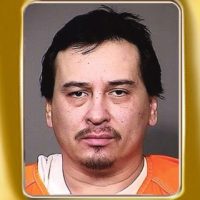 A man who pled guilty in death of his two-month old son has been sentenced to 15 years in prison at Itasca County Courthouse today.

Emery James Jenkins, 38, of Inger, previously pled guilty to one count of first-degree manslaughter. Manslaughter in the First Degree is committed when a person causes the death of another while committing the crime of malicious punishment of a child.

The charge is based on an investigation conducted by the Itasca County Sheriff s Office and the Minnesota Bureau of Criminal Apprehension into the death of Jenkins’ two-month-old son, which occurred on October 17, 2014.

On the recommendation of the prosecutor, the court imposed a 15-year prison sentence. The sentence imposed is the statutory maximum sentence and an upward departure from the Minnesota Sentencing Guidelines.