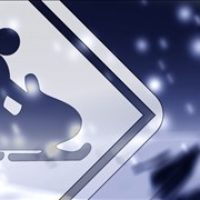 A Garfield Minnesota man injured after crashing his snowmobile while trying to fulfill an item on his bucket list.

Brad Klinkner had the idea to snowmobile from the Iowa border to the Canada border, across the entire state of Minnesota. On Sunday January 15, around 3:00 PM while snowmobiling down the trail about 8 miles north of Blackduck, Klinkner hit a driveway embankment and was sent airborne. When he landed his snowmobile, he was thrown from it and hit by another sled while lying on the trail.

Emergency ambulance was dispatched from Blackduck and Klinkner was taken to the Bemidji hospital and was assessed there.

According to his CaringBridge page Klinkner had internal bleeding and had lost 2-3 units of blood inside his chest cavity.  In Bemidji, he was sedated with a chest tube to drain the blood and a breathing tube then airlifted to North Memorial Hospital in Robbinsdale, where a CT scan determined that he had 5 broken ribs, a possible concussion, both shoulder blades broken, a punctured lung, a damaged disc between two vertebrae and a bruised aorta.

He went into surgery for his vertebrae on Tuesday, Jan 17.

Klinkner remains hospitalized, and his CaringBridge site can be accessed at https://www.caringbridge.org/visit/bradklinkner?tribvar=varB