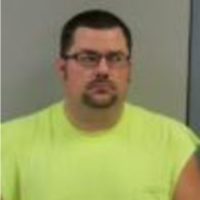 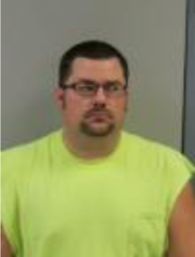 An Aitkin County man has been charged with allegedly killing his 5-week-old daughter by throwing her 12 feet in the air across the kitchen floor back in November.

33-year-old John Douglas Peterson of Palisade, Minnesota, was charged on Wednesday with one count of second-degree felony murder in State District Court in Aitkin.

According to the criminal complaint, the girl’s mother notified Authorities on November 18 around 1 p.m. that the girl was taking deep breaths and was barely breathing. Peterson told a first responder that the girl had been fussy, then began having breathing problems and stopped breathing completely.

The girl was transferred from Riverwood Healthcare Center to Children’s Hospitals and Clinics of Minnesota in Minneapolis, where staff notified Aitkin County authorities on November 19 that the girl had likely been the victim of physical abuse due to three separate bruises.

The complaint states she died on November 21 as a result of “significant head injuries.”

Peterson denied to Children’s Hospitals staff that the baby had fallen. He later told Children’s staff that he hadn’t been truthful and that he had dropped her in the sink, where she hit the front of her head on the sink’s divider and became unresponsive.

A doctor from Midwest Children’s Resource Center examined the girl and determined that her injuries couldn’t have been caused by the fall.

The Complaint states that during a meeting on Monday, authorities pressed Peterson who then said he lied “because he was very scared.”

The Complaint also states that Peterson said he was frustrated because he couldn’t calm her down, and threw the baby “with a fair amount of force, like a basketball, approximately 12 feet through the air into the kitchen,” where the girl “landed on her back and skidded across the floor approximately a foot before the back of her head struck the lip on the bottom of the cupboards.”

Peterson added she was gasping for air after hitting the cupboards and admitted that her skull fracture likely occurred when she hit the floor.

If convicted, Peterson faces a maximum sentence of 40 years in prison.