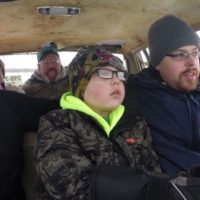 For the Garfield Lake Ice Racers Association, it was a season of high speeds and a close battle for points. But the emphasis on the final day of the racing season shifted to fulfilling a dream for one special boy. Kaldyn Eichberg, who seems like an everyday six-year-boy, has battled a long journey with brain cancer, and following his last surgery has been given just four-to-six months to live.

Before the day of racing began, all the race car drivers and crew members were briefed on why the day has taken on a special meaning. On a day where competitiveness takes a front seat, it was Kaldyn who moved to the forefront. Kaldyn’s dad Ryan Eichberg greeted the drivers and thanked them for their support.

To make the race day extra special, plans were put together to provide Kaldyn with a special opportunity that not many kids get to enjoy.

After the pit meeting, Kaldyn accompanied by his mom, dad, and other family members loaded into Robert Larose’s #21 ice racer, and headed onto the frozen track. Providing special moments like this is something the Garfield Lake Ice Racer’s Association takes pride in offering the community.

After a single lap, lined up two by two, each ice racer followed behind Kaldyn’s racer, marking a special journey around the frozen track, with Kaldyn leading the way in his victory lap.

Kaldyn will turn seven-years-old later this month. His family is looking to take a family vacation to Disney Land in the near future. If you would like to help the family out, we have a link to Kaldyn’s GoFundMe page. https://www.gofundme.com/odn80s 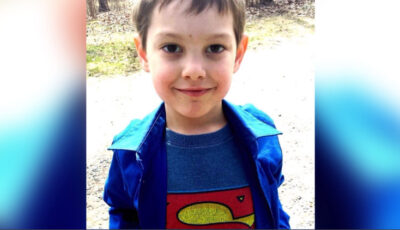 Memorial Ride for Kaldyn’s Legacy to Set Out from Laporte 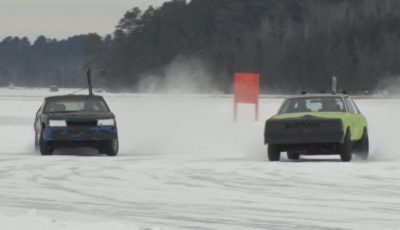 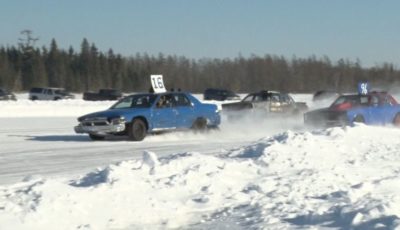