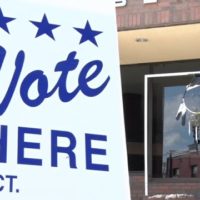 Though low voter turnout was expected for Tuesday’s Minnesota primary, city officials say it has been exceedingly low here in Beltrami County.

All five wards in the county were getting a slow crawl all afternoon. The highest number of voters came up to around 30 at 3 p.m.

City officials say this is due to an earlier voting date set by the state legislature and an absence of statewide race for governor and senate.

However, this could be a warm-up to the big day in November. City officials are urging early registration for the general election set for November 8. Voters will also get to decide on new city officials, such as the Mayor and ward representatives.

National Registration Day is September 27 and sign-up booths will also be set up throughout Bemidji. Voters can also register online on the Secretary of State website here.