The 38th annual Lucas Oil NHRA drag races at Brainerd International Raceway began qualifying today, which will continue Friday until things get really exciting with elimination rounds. Brett Speer, a local stock and superstock driver from Little Falls, knows that he’s up against some of the top competition in the country.

However, Speer has also had his fair share of success in the past, winning in 2004 and 2008. His strategy is to enjoy the atmosphere, but also stay extremely focused.

“Once you are there in the moment, you kind of blank everything out, until you come back and after you’ve won that round or lost, you look in the stands and realize there were that many people there, but once I’m in there I’m just kind of focused,” said Speer.

What makes the Brainerd International Raceway so exciting for everyone involved is the environment the fans get to experience.

“There is like 23 or 24 national events throughout the year, we do five or six of them, and this one is the only one with The Zoo, which is a lot of people camping and having fun,” said Speer

Speer considers himself very lucky to live close to such a big racing event.

“My grandparents come sometimes, my aunt and uncle and brothers and everybody, and so having it that close is awesome,” said Speer. 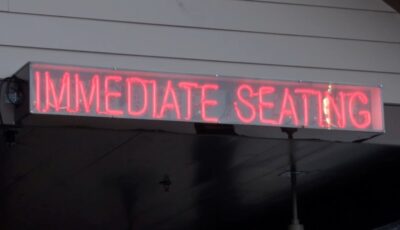