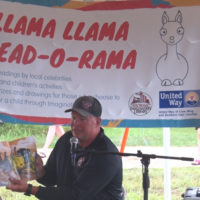 This past weekend, the United Way of Crow Wing and Southern Cass Counties sponsored a good cause at Serenity Now Alpaca Farm. The community fundraising event brought families, books, and of course alpacas, all together.

Llama Llama Read-O-Rama had a successful showing of community members on Saturday, July 20th in an attempt to sponsor children in the Imagination Library Program.

“That is a program that Dolly Parton put together and it’s for children ages 0-5 and you get a free book every month and it’s addressed to your child,” said Kim Rollins, Executive Director of the United Way of Crow Wing and Southern Cass Counties.

However, this event was not just limited to only alpacas and books.

“We’ve got the Altius Quartet from the Lakes Area Musical Festival playing, face painting that was donated by WSN, and we also have local celebrities reading children’s books,” said Rollins.

Most of the books involved stories about llamas, which is close enough to an alpaca, right?

“I know this is Llama Llama Read-O-Rama, but they are very similar, so we’re very appreciative to Serenity Now Alpaca Farm in Jenkins, they gave us this space and this event for free,” said Rollins.

While the kids initially came to see the alpacas, they ended up staying for the celebrity readers.

“Imagination Library has been around for a long time; I have four kids of my own, they’ve benefited from the books, you get the books in the mail and being able to continue to support them and to provide donations is very important,” said celebrity reader and Pine River-Backus Elementary School Principal Rick Aulie.

“Knowing that this is a reading thing, it’s something that I could use my skills as reading to, I’ve read for the summer library before,” said celebrity reader and Pequot Lakes Fire Chief Tom Nelson.

“One of the things we’re always looking at is how we can engage families and kids, especially with literacy and to put on an event like this where kids get to be outside, they get to be around animals, I mean, this is a pretty cool thing for kids,” said Aulie.

The United Way of Crow Wing and Southern Cass Counties plans to continue this event next year, and after the turnout that they had from this year’s event, they are already planning for a bigger tent. 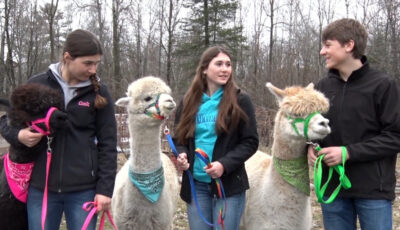 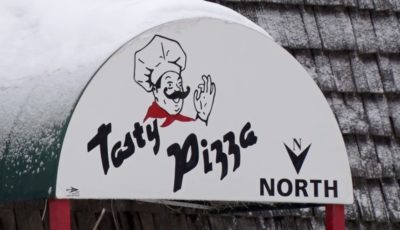 One Person Injured After Oven Explodes At Tasty Pizza North 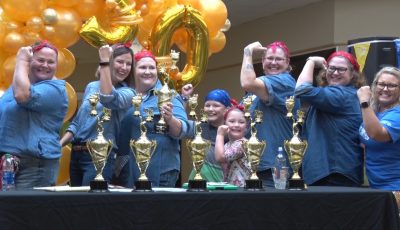