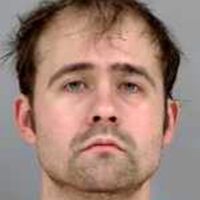 A 30-year old man from Little Falls been charged with murder in the death of his wife.

The criminal complaint filed February 9th, states, on Saturday, February 6th, 2021, Jonathan Greyblood reported to the Little Falls Police Department that his wife, Jeanine Greyblood was missing. The complaint continues by saying Jonathan Greyblood said he and his wife went to a bar in Little Falls. Following the trip to the bar, the two continued to a friend’s house nearby. While at the friend’s house, Greyblood admits he and his wife got into an argument. Greyblood then says they left the party.

While driving home, the report says the fight continued. Greyblood claims his wife drove to Pine Grove Park to continue the argument. That is when Greyblood says, his wife got out of the car to walk to a nearby friend’s house, and told him to go get her a jacket from home. Greyblood says he went home to grab her jacket, but when he returned he could not locate his wife. That is when he first contacted the police about her missing.

The next morning, February 7th, 2021, the criminal complaint says a BCA agent along with a sergeant of the Little Falls Police Department went back to Greyblood’s house to ask him to provide another statement. Greyblood was transported to the police station to record his new statement.

The criminal complaint states Greyblood said his wife was being aggressive, yelling at him and hitting him. The report says Greyblood admitted to strangling his wife claiming it was self defense. Greyblood says he then tried CPR on his wife but was unsuccessful and she died.

The defendant says he panicked and described driving Jeanine Greyblood’s body to the Swan River Bridge on Great River road south of Little Falls. According to the complaint, Greyblood says he dropped her body under the bridge.

Law enforcement officers located the deceased body of Jeanine Greyblood on the surface of the ice under the Swan River Bridge on Great River Road. Jonathan Greyblood was then placed under arrest and transported to the Morrison County Jail. 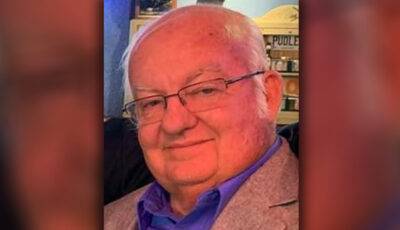 Ex-cop Lane Will Report to Colorado Prison in Floyd Killing