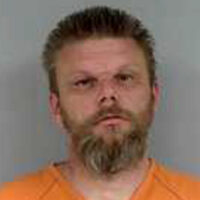 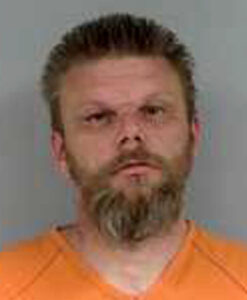 A 39-year-old Little Falls man is now charged with first-degree aggravated robbery for his alleged involvement in the armed robbery of a Morrison County bar and grill.

The robbery was reported at The Cave Bar & Grill in Hillman just after midnight on May 31st. According to the criminal complaint in the case, a bartender was counting money when a large man entered the bar with what appeared to be a rifle. The suspect told the bartender to put the money in a grocery bag and then fled with the money. The suspect left in a silver truck and headed east on Highway 27 towards Onamia.

Mille Lacs County deputies located the vehicle and detained Watkins. A woman in the vehicle told deputies that Watkins dropped the gun and the money on a dead-end road. Deputies searched dead-end roads nearby and found the gun, a black BB gun, that appears to be the one used in the robbery. Deputies were unable to locate the money.

The case is still being investigated. Anyone with any information about it is asked to contact the Morrison County Sheriff’s Office at (320) 632-9233.