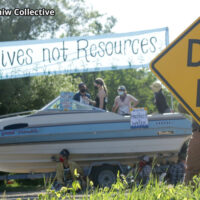 According to a press release from a group calling themselves “water protectors,” more than 2,000 people took part today in what they termed nonviolent actions to halt LIne 3. Over 1,000 people marched with Indigenous leaders to the headwaters of the Mississippi River for a treaty ceremony at the site where the pipeline is proposed to cross.

Hundreds also reached the Two Inlets Line 3 pump station, and according to an MPR report, protesters used a boat on a trailer to block the entrance and about two dozen chained themselves to construction equipment. A Border Patrol helicopter hovered about 20 feet off the ground, blowing up sand and dirt, to try to get the protesters to leave.

Monday evening, law enforcement from several different counties and jurisdictions moved in and reportedly arrested upwards of 50 people and also worked to free those who had locked themselves to equipment. According to Enbridge, 44 workers were evacuated from the work site, including 10 employees of Native-owned contractor Gordon Construction from the White Earth Reservation.

Enbridge spokesperson Juli Kellner said in a statement, “The destruction done today by protesters is disheartening. We respect everyone’s right to peacefully and lawfully protest, but trespass, intimidation, and destruction are unacceptable.”

Enbridge says so far the protests have had relatively little impact on construction and that the project is on schedule to be complete and in service in the fourth quarter of this year. 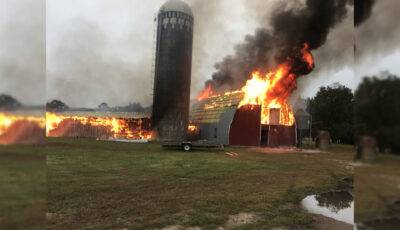 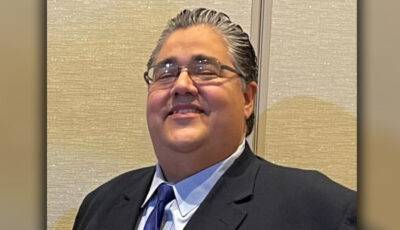 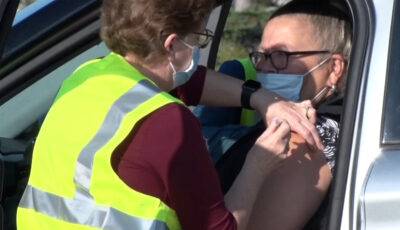