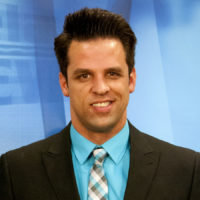 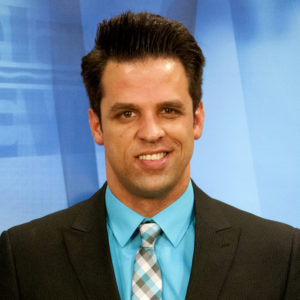 Josh began his career with Lakeland News back in 1999, but recently took the fulltime position as Multimedia Journalist and Social Media Coordinator in May of 2016. He reports from the field daily and fills in anchors the broadcast when needed.

Josh began his career in broadcast journalism when he was 16- years- old. He worked with the City of Bemidji on having a resolution made to have a television station built and/ or create a full half hour local news broadcast. Shortly after Lakeland News’s inception in 1998, Josh began his on air career as a reporter/photographer in 1999 on Lakeland News while attending his junior year at Bemidji High School. From 2000- 2003, he worked as a reporter/ photographer for the CBS affiliate KCCO-KCCW in Alexandria, Minnesota, reporting local news stories from the Bemidji area. In the summer of 2004 Josh began working as a weekend associate producer for the CBS affiliate WCCO-TV in Minneapolis. In 2005 Josh had a short stint as a reporter/photographer/ anchor with WDAZ- TV in Grand Forks, ND. In The spring of 2006 Josh worked for the Minnesota State Capitol as a writer and researcher for the Minnesota House of Representatives. That same year Josh was promoted to segment producing and morning traffic on WCCO This Morning at WCCO- TV. In 2010 Josh moved back home to Bemidji where he began working as the Bemidji High School broadcast and technical engineer, where he coached the AV- Tech crew and lead them to the National Academy of Television Arts and Sciences Student Television Awards, where in four years the students brought home four Crystal Pillar awards. Josh then filled in as News Director at Paul Bunyan Broadcasting in 2014 before landing back at Lakeland News as a freelance Journalist in 2015.

Josh worked on his political science degree at the University of Minnesota- Twin Cities in 2007 where he was part of the University of Minnesota Co-ed Cheerleading squad. Josh is a 2004 Bemidji State University graduate where he was active in the Omega Phi Fraternity. He graduated from Bemidji High School, where he took part in activities ranging from athletics to the fine arts. Josh was the first four-year member of the Vocalmotive Show Choir, and in 8 th Grade at Bemidji Middle School lead in the creation of the schools first student originated production of Holy Batmania.

In his spare time Josh stays active in the community by working with the Bemidji Jaycees. Josh has chaired 2 of Bemidji’s three largest events. He chaired The First City of Lights in 2015 and Water Carnival in 2016. Josh will be chairing the 20th Annual First City of Lights in 2016. He is also very active at his church where he does the stage design and décor display for each season. When he’s not doing community projects Josh enjoys working out, kayaking, hunting, and spending time with his family.