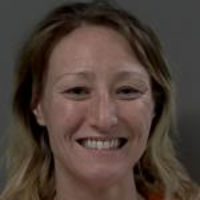 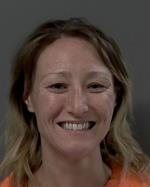 The incident happened this past Saturday, a little past 1 in the afternoon. The Hubbard County Sheriff’s Department was dispatched to a home located on Hubbard County Road 95 in Laporte. The department was then informed Larry Holm called 911 from the home, stating his throat had been cut by Janelle Nicole Rex, 32, and that he was bleeding. Larry Holm told dispatch that Rex had fled from the home and was heading toward US Highway 71.

Upon arrival, deputy M. Stein found Holm sitting on the recliner with towels wrapped around his neck. Deputy Stein noticed a large amount of Holm’s blood covering Holm’s shirt, the recliner, and the living room in general.

Deputy Stein noticed Holm was conscious and walked him to his squad car. Stein transported Holm to a nearby baseball field where Holm was airlifted to the hospital.

While Deputy Stein loaded Holm into the helicopter, Holm spotted Rex on nearby Hubbard County Road 3.

Holm pointed and stated, “That’s her!” Deputy Stein responded and placed Rex under arrest. Investigator Schlag approached Rex and read her Miranda rights, although she declined to speak with the investigator.

The next day on Sunday, Larry Holm was discharged from the hospital. Investigator Schlag met with Holm at his house in Hubbard County. Holm stated that on July 21st, at exactly 1 in the afternoon, he was sitting in his recliner and talking to his friend on the phone. Holm says Rex was in the bathroom down the hall from him. Holm says he felt Rex walk up behind him. Holm said he thought it was strange she stood behind him so he began to turn around. Holm says Rex then grabbed the top of his recliner, reached around his body, and cut his throat from left to right.

Holm says Rex did not say anything before cutting his throat. Holm says he asked “what did you do to me?” and Holm says Rex said, “I’m sorry,” before trying to stab him with the knife in the abdomen area.

Holm says he knocked the knife out of Rex’s hand, which he described as a folding knife with a clip. Holm says Rex than backed away, picked up the knife and left the home.

When asked why Rex would do this, Holm says they had a brief argument over some appliances and they didn’t particularly like each other. Holm says he knows Rex because she previously dated his son, is homeless, and stays in homes nearby often, including his own.

Rex is currently being held in the Hubbard County Jail. She is scheduled to appear in court on August 13th. 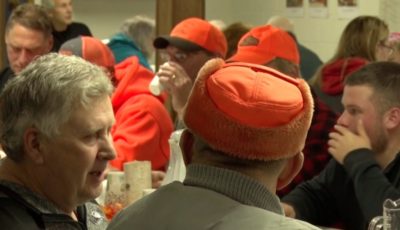 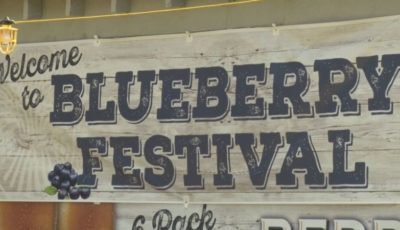