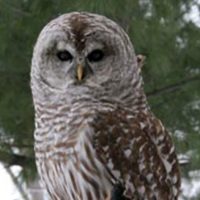 A three-year-old girl was walking with her family on a trail at Lake Bemidji State Park when an owl suddenly attacked, causing minor scratches on her head.

“She had five scratches and three puncture holes, like straight little holes,” said Brianna Schmid, mother of the three-year-old girl. “We heard screaming, I turn around on the bike and see this owl, like, flapping its wings all over her.”

According to park officials, the incident occurred near the Rocky Point Trail in the waterfront area. The cause of the attack is unknown, but noise and activity can trigger owls, or something could be wrong with the owl, e.g., a brain parasite. 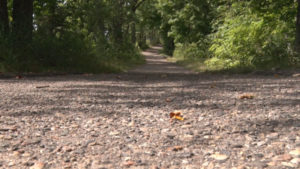 “Maybe mid-to-late summer is when they’re defending their little ones, they’re not quite capable of flying yet,” said MN DNR Nongame Specialist Christine Herwig. “They’re trying to protect them from predators.”

Barred owls nest in hollow trees and live in dense forested areas. They are common in Minnesota, but don’t see a difference in humans and other predators.

“We went out and looked for the owl on Monday and hadn’t seen it,” said Herwig. “To the best of my knowledge, it hasn’t been seen since Sunday.”

“She’s got crazy, curly, wild hair, so maybe it thought it was an animal,” said Schmid. “I don’t know.”

Even after hearing about the attack, visitors aren’t shying away. Britt and Anders Madson are from the Twin Cities and were surprised that this happened.

Once they came in, park staff told them to stay off the trail.

“We figure, we’re close enough to a spot where it’s like a parking spot,” said Britt. “It should be fine and not back in the woods, it should be ok.”

Doug Mainwaring was at the park with his family and has been coming for more than 20 years. He says he was disappointed to learn he wouldn’t be able to use the trail.

“A little concerning, but we’re from Wyoming so we don’t really have a whole lot of owls out that way, so we’d like to see one,” said Mainwaring. “It’s not exactly going to keep us out of that trail; as soon as they open it back up we’re going to go take a hike on that trail.”

The MN DNR wants you to know this was a rare occurrence and people shouldn’t be alarmed. There are ways you can stay safe.

“These birds will often attack the tallest thing, the tallest part of you,” said Herwig. “If you were to carry a flag or carry an umbrella, so you have something that’s taller than you, the birds would be more likely to attack that than your head.”

If you know there are nesting owls nearby, leave them alone and use caution if you’re having activity around them. 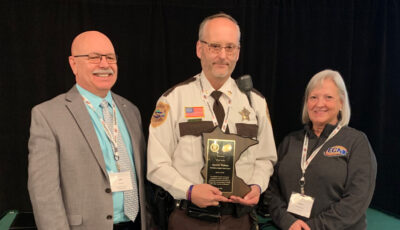 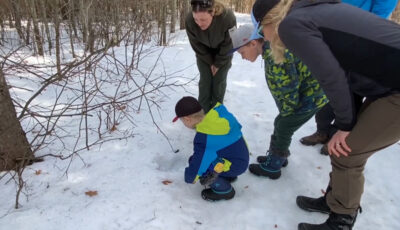