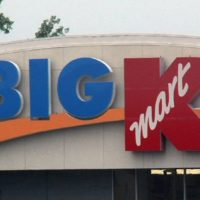 Kmart will close a store in West St. Paul and Moorhead by the end of the year, according to the Star Tribune. The latest wave of closures will affect 64 more stores nationwide.

Sears Holding Corp, its parent company, announced it would close 68 Kmart and 10 Sears stores earlier in the year. No Minnesota stores were closed during that period.

The newspaper cited a company spokesperson, who said that a liquidation sale would begin Thursday. The selected stores would remain open until mid-December.

The parent company announced in February that Kmart and Sears Domestic comparable store sales declined 7.2% and 6.9%, respectively, in the fourth quarter of 2015. In a press release, it said that the company had reduced expenses by $150 million in the fourth quarter of 2015. It would continue to make changes throughout 2016 to further reduce costs between $550 million and $650 million.

The company has not released any additional information about the current closures at this time.

The closures would leave five Kmart locations left in Minnesota.