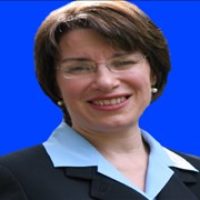 Should Newberger win his party’s endorsement at next year’s state convention, the task of beating Klobuchar is a tall one. The Democratic senator beat her last two Republican opponents by double digits. And, she’s already raised nearly $6 million for her next campaign.

Newberger, a three-term House member from Becker, says he’s up for the challenge. Newberger says he’s a relentless work. In his campaign announcement, Newberger says his goals include repealing the Affordable Care Act, reforming the country’s refugee program, simplifying the tax code and lowering the national debt.