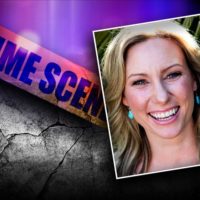 MINNEAPOLIS (AP) — Court documents show Minnesota investigators found nothing when they searched the home of an Australian woman shortly after she was fatally shot by a Minneapolis police officer.

Justine Ruszczyk Damond called for police assistance on July 15 because she believed she had heard a sexual assault taking place in the alley behind her house.

Mohamed Noor, one of the two responding officers, shot her. He has declined to be interviewed by investigators.

Hours later, the Minnesota Bureau of Criminal Apprehension obtained a search warrant for Damond’s home. Agents checked inside for blood, hair, guns, ammunition, knives, drugs or writings. They took nothing from the home.

The Damond family attorney says the search was appropriate.

Bureau of Criminal Apprehension spokeswoman Jill Oliveira tells the Star Tribune investigators wanted to give prosecutors the most complete picture possible about what happened.