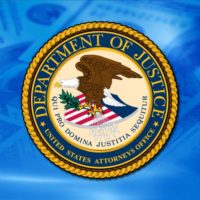 U.S. Attorney Andrew Luger announces the indictment of 17 people in an international sex trafficking ring that brought hundreds of Thai women to the US for what federal authorities called “modern day slavery.” Tim Nelson | MPR News

Federal authorities have charged 17 members of an international sex trafficking organization Wednesday, with transporting hundreds of female sex slaves from Thailand and trafficking them throughout the United States.

Those indicted include 12 from Thailand and five U.S. citizens, two of which are Minnesotans. Eleven defendants were arrested Tuesday at various locations in Minnesota, California, Illinois, Georgia and Hawaii. One charged defendant was previously arrested in Belgium. Four defendants remain at-large, the U.S. Immigration and Customs Enforcement reports.

Since at least 2009, the criminal organization has trafficked at least hundreds of women, which the organization refers to as “flowers,” from Bangkok, Thailand, to various cities across the United States, including Minneapolis, Los Angeles, Chicago, Atlanta, Phoenix, Washington, D.C., Las Vegas, Houston, Dallas, and Austin, among others, according to the indictment.

Once in the United States, victims are placed in houses of prostitution where they are forced to work long hours — often all day, every day — having sex with strangers.

The indictment further indicates that victims are often from impoverished backgrounds and speak little English. Victims are promised access to a better life in the United States, in exchange for an exorbitant “bondage debt” of between $40,000 and $60,000.

The organization engaged in widespread visa fraud to facilitate the international transportation of the victims.

“The 17 people charged in this indictment ran a highly sophisticated sex trafficking scheme,” said U.S. Attorney Luger. “They promised women in Thailand a chance at the American dream, but instead exploited them, coerced them and forced them to live a nightmare. In short, the victims lived like modern-day sex slaves. Today’s indictment is our ninth sex trafficking case since 2014, but it is the first that targets an entire organization. We will continue to work closely with our federal and local law enforcement partners to target and dismantle these types of far-reaching organizations.”

The indictment alleges that Sumalee Intarathong, aka “Joy,” served as a boss/trafficker before her arrest in Belgium Aug. 5. Each trafficked victim was “owned” by Intarathong or another boss/trafficker, until the victim could repay the bondage debt.

The ICE has further information: https://www.ice.gov/news/releases/ice-investigation-results-17-sex-trafficking-indictments-minnesota