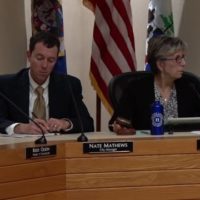 Columbus Day will also be known as Indigenous Peoples’/Treaty Day in Bemidji this year and for years to come.

The Bemidji City Council will recognize Indigenous Peoples’/Treaty Day on October 10th. During a City Council meeting Monday night, community members asked the council to recognize the second Monday as the alternative name.

Mayor Rita Albrecht said, “The request was the same so it made sense to combine them.”

According to the Bemidji Pioneer, a proclamation read at the meeting said that Indigenous Peoples’/Treaty Day is meant to reflect on and celebrate the Native American culture. It also commented on how long Native Americans have lived on the land before the European settlements and how our society has benefited from their culture and knowledge.

Other cities such as Minneapolis and Seattle have replaced Columbus day with Indigenous Peoples Day.

The city of Bemidji will still recognize Columbus day on October 10th, as it is still a recognized federal holiday. However, the city will acknowledge and use the new name from now on.