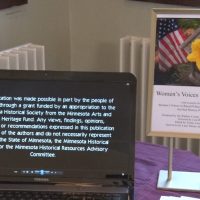 The traveling exhibit titled “A Century of Civic Engagement” is on display at the Wadena Depot. The League of Women’s Voters of Minnesota produced the exhibit to celebrate the 100th year of the 19th Amendment. The exhibit is hosted by the Wadena County Historical Society and Partners for a Healthy Wadena.

“League of Women Voters and its long history in the state of Minnesota. So the visuals that we have here in the Depot are all information visuals, given the history of that period, the process, the travels and the difficulties that women had to go through and the need for this equal opportunity,” said Kent Scheer, a volunteer at the exhibit.

In 1919, the Minnesota Legislature voted to ratify the 19th Amendment to the United States Constitution allowing the women the right to vote, and in doing so, ended the 72-year struggle for women’s suffrage.

The Wadena Historical Society displayed their own local project alongside the exhibit called “Women’s Voices on the Vote.” The project is a compilation of 20 interviews from women in rural politics in Wadena County.

“They are so nicely tuned together,” Scheer said. “It was a perfect match to debut our local work and pair it with this and that would be a good reason for having it in our town.”

The project took over three months to complete. The video is compiled of raw interviews about how women were engaged in politics at the time.

The Wadena Historical Society interviewed women in Wadena who were heavily involved in politics. Some interviewees include former office holders, elected officials, and judges. Scheer said people have a fascination with their local history.

“And who is even more fascinated are the offspring of the community. So those folks who’ve graduated and went away and lived in California, joined the Navy, have spent their entire lives someplace else end up back here at some point for family reunions, class reunions,” Scheer said. “And they end up getting out to look up something about ancestry or their connection to the community.”

The local project Women’s Voices on the Vote is archived at the Wadena Historical Society and is available to the public. 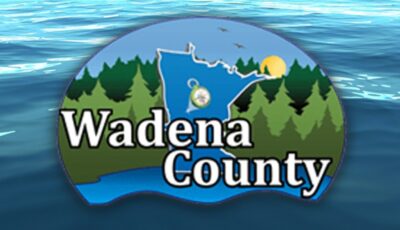