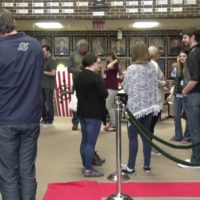 Short films from all over the world made their big screen debut right here in Bemidji. This included some Minnesota student made films at the Headwaters Film Festival.

The student run festival invites film makers from far and wide to submit their movies.

On Thursday, audience members were treated to films from the Colorado Environmental Film Festival. They also saw international student films, which were submitted from as far away as Turkey, Germany, Senegal and Australia.

Today, students from around the state had their screening. For students like Judson Tharin and William Nordstrom, this was the first time anyone had seen their hard work.

The two students, one from Bemidji State and the other from University of Minnesota Twin Cities, collaborated on three films together.

Many of the films took a significant amount of time to create. ‘Lost 40’ took about five months to make the seven minute and 38 second film.

All the time spent paid off. Little did Martin Gonzales know that he and the rest of the film crew were about to become award winners as decided by three faculty members.

For some of the students, the festival provided the opportunity to take in these high quality films.

And for others this was just the beginning. 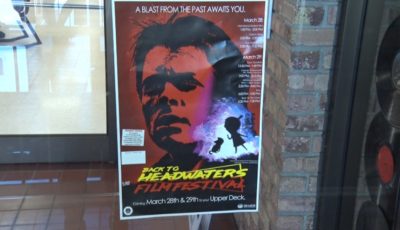