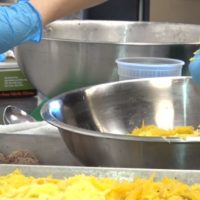 In Focus: Sioux Chef Dishes Out And Delivers

Sean Sherman has worked in steak houses, Italian and Spanish restaurants before creating his own pop-up restaurant and food truck. Specializing in pre-contact indigenous food, you wont find any dairy, flour, processed sugar, beef, pork or chicken in any of his food.

Today’s menu consists of rabbit, wild rice, forest mushrooms, leeks and cedar tea. He hopes that the flavors will speak for themselves.

Using her biology degree from Bemidji State University, Tashia Hart will go out to scavenge for some of the plants they need.

Brian Yazzie calls this micro-regional indigenous food – using the culture of the native people in area to direct the meal.

Over the past year, the Sioux Chef launched a wildly successful Kickstarter campaign, which had more individual backers than any other restaurant on the site. Its with this momentum that they’ve been able to host guest chefs to cook with them during the popups.

Later on, the food was ready to be served for the inaugural fundraising dinner for American Indian student success at BSU.

The simple but elaborate dishes were a hit. 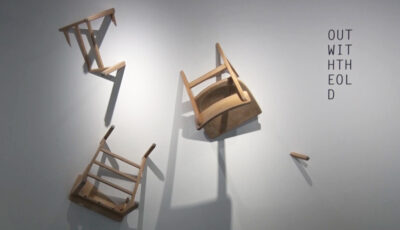