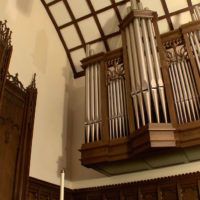 “When I started filming, I just thought it was just going to be a journey getting a new pipe organ, but it turned out to be a revitalization of the whole sanctuary,” says Scott Knudson, the producer and director of the film.

“I really enjoyed working with Scott over the six-year period, and finally now to see it come to fruition is really reaching the goal,” adds Jon Romer, a flute teacher who appears in the film.

In the documentary, audiences will see how the pipe organ committee’s search takes them all over to different churches.

“I’m hoping the audience really gets to see or gets to understand the hard work that First Lutheran’s pipe organ committee put into this project. It’s a once in a lifetime thing to witness,” says Knudson.

The film is as much about the people as it is about the music.

“Nobody gets to work on a documentary for 6 years unless they’re with HBO or National Geographic or a big outfit like that, so I feel really honored to have been able to work on this project for six years and create a 90-minute documentary, a feature-length documentary,” says Knudson. 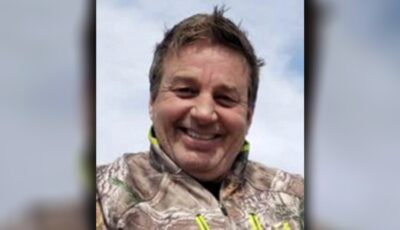