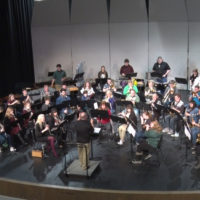 The Bemidji State University Wind Ensemble will be heading down to the Twin Cities next Thursday to perform at the 2019 Minnesota Music Educators Association Midwinter Clinic. Although before that, they thought it’d be a good idea to get some feedback from the local community.

“It’s the first time that the band has been invited to perform at Minnesota Music Educators Association Midwinter Clinic in 14 years, so we’re really excited to be back and for such a big event, we wanted to create an event not too far ahead of that so that we have a little time to rehearse some more,” says Scott Guidry, director of bands at BSU.

The Wind Ensemble has been practicing three times a week since October.

“We’ve been just briefly looking at it and then as soon as we finished our fall concert, we really hit hard and I think it’s just taken a lot of, like, individual practice and it’s just been a really cool experience so far,” says Karrie Hume, who plays the trumpet in the ensemble.

The performance will have six pieces total, and a few of them truly have a BSU touch.

“The first piece is entitled ‘Ningabii’anose’ and it is an Ojibwe word for ‘ice crystals forming in cold air,’ and it was commissioned specifically for the centennial of Bemidji State University this year, so we’re really excited,” says Guidry.

Another song, ‘The Solitary Dancer,’ was the highlight piece for BSU’s 50th anniversary, and the finale ‘Instinctive Travels’ plays a big role in the hearts of a lot of members of the band.

“Particularly ‘Solitary Dancer’ had a lot of work put into it, just because a lot of the parts are so, so specific to each player, and if one person is even an 8th note off it could throw off the entire piece,” says Arriana Hady, who plays clarinet and e-flat clarinet in the band.

Alexander Burkel, who plays also trumpet in the band, says, “I really like the last one we play, ‘Instinctive Travels.’ You know, there’s a lot of good brassy stuff in there that I enjoy playing a lot on the trumpet.”

The whole group is excited to showcase their talents at MMEA. They hope audiences will enjoy their performance just as much as they enjoy playing.

“I think a big thing that’s really important about this is it gets Bemidji State on the map for potential students, and hopefully they hear our wind ensemble and they’re like, ‘hey, that sounds really good. I would like to go there to pursue music’,” says Tristen Heller, who plays trombone in the band. 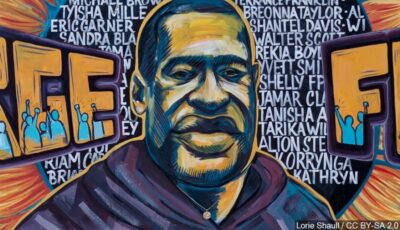 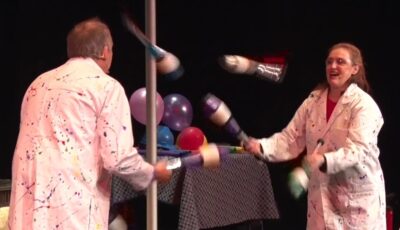