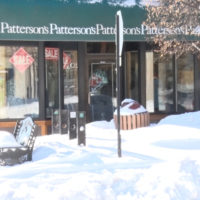 In Business: Patterson’s Looks Ahead As 4th Generation Owners Takeover

“The store has definitely had its ebbs and flows, so it’s really cool, I think, that it’s still here because, I mean, it’s been through several recessions and depressions and here we are almost 90 years later,” says Molly Miller, co-owner of Patterson’s in Bemidji.

Since 1930, Patterson’s has been a go-to menswear store in Bemidji. The business was recently taken over by Molly and her husband Jeff Miller. Before that, Molly’s father and grandfather were owners. Molly’s great-grandfather, Abe Patterson, founded the business.

“He migrated over here from Poland, came through Ellis Island in New York, made his way over to just north of Grand Forks in Grafton, North Dakota and then he was actually sent back to the war and a friend told him about Bemidji and it sounded nice to him, so he came to Bemidji, settled here worked for a few other retailers before founding Patterson’s,” says Molly.

The family has played many roles in the Bemidji community. Patterson’s have been a part of the Jaycees, bank boards, the Lions Club and the American Legion. As new owners, it’s Molly and Jeff’s goal to keep the same community involvement energy, and they say the rest of the community has been extremely supportive and welcoming.

The Patterson’s building naturally has a lot of history. There’s the basement, plus an upstairs unit that used to be a hotel. There have been a few changes over the years, but nothing too drastic.

“It’s been really, really fun to be a part of the store and kind of see the changes, especially for me. I mean, I grew up here my whole life – running around in the basement of the store, climbing all the racks in the little cupboards underneath all the clothes, so to be the owner now is fun,” says Molly.

As they get ready to celebrate their 90th birthday, Patterson’s plans to stick around by never failing to offer exceptional customer service. Molly and Jeff believe the business has succeeded so long by having a good reputation with the public.

Molly says, “We want every customer to leave here happy and feeling like they got exactly what they came here for.”

Jeff adds, “We like to think that there’s a garment for every person that fits them as they want it.” 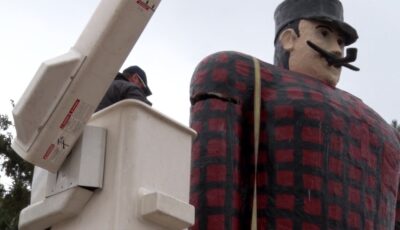