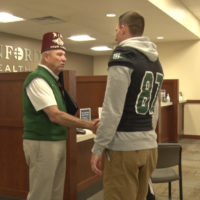 The Headwaters Shrine Club of Bemidji held a free screening clinic today at the Sanford Bemidji Orthopedic and Sports Medicine Clinic for children who’d benefit from services at the Twin Cities Shriner Healthcare for Children. Shriner Hospital is an orthopedic hospital that specializes in pediatric care.

Through the screening, they look for children who might have an issue with their bones or muscles.

“It’s really important because I think parents don’t understand that there is help out there,” Dawn Richardson, Bemidji Shrine Screening Clinic Coordinator said. “Even if we aren’t able to help them, we might be able to turn them into a place where they can get the help that they need.”

The Headwaters Shrine Club of Bemidji has members from different parts of the United States. Headwaters Shrine Football Chairman Joe Dunn has been with the club for over 20 years. He says the main goal is to raise money for the Shrine Hospitals for Children.

“One of the ways we do it is to have the Bemidji State University Shrine Bowl, which is a collaboration between the Shriners and the University. And we have a football game, it’s a college football game and that’s going to be held tomorrow at 4 o’clock out at the college field,” Dunn said.

The partnership with BSU started when Dunn got together with Coach Rich Jahner and former football Coach Jeff Tesch 23 years ago to figure out a way to get more people to go to the football games.

“Let’s do it with the Shriners and get people to come in and have a parade, get people excited about it and also help children,” Dunn said.

Brent Bolte, the current head coach of the BSU football team, says there’s always been a joint partnership with the Shriners and BSU football. It gives the football team an opportunity to be associated with an organization that helps people in the community.

“They’re miracle workers, to be honest with you. The Shriners do God’s work, they go out and help everybody. So, it might be a small thing in the grand scheme of what the Shriners do, but we’re extremely proud to have the opportunity to be associated with it,” Bolte said.

The Headwaters Shriners Club of Bemidji have sent many kids over the years to the Shriner Hospital in the Twin Cities.

“The Shriners are there to help children and we spend almost $2 million a day to run our hospitals and we’re really proud of that. And helping 1 million, 300 thousand, and now almost 400 thousand kids is what we’re really want to talk about. And we want people to know what we do and we are always looking for new members,” Dunn said.

The Headwaters Shrine Club of Bemidji has raised approximately $200,000 towards helping the hospitals. Only 22 Shriner Hospitals exist in the United States.

The Shriners Club has helped over one million kids in the U.S. The annual Shrine Football Game Events continue tomorrow with a parade starting at noon in downtown Bemidji. 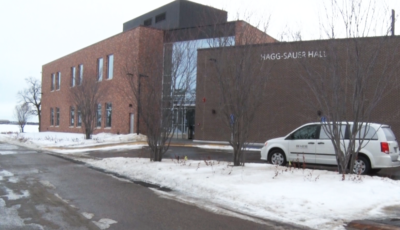 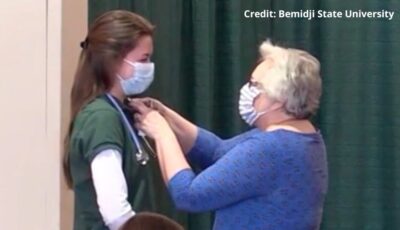