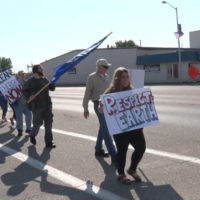 Group Protests in Brainerd for Action on Climate Change

Several climate change activists grabbed their signs and hit the streets on Saturday protesting for a clean environment. The walk was led by the Brainerd Lakers United for the Environment (BLUE).

The march was part of the Rise for Climate, Jobs, and Justice, a national awareness event.

“This is taking place all around the nation today on Saturday, September 8th,” Olson said. “In fact, this is just one of at least seven events in Minnesota.”

The protest started at Gregory Park, and then marchers walked almost a mile and a half down Highway 210 to the corner of Northwest 4th Street, where the marchers stood their ground and peacefully protested for about 20 minutes.

“People are supportive of us,” Olson said. “We’ve had a few negative reactions, but I’d say 90-95 percent have been positive – people want a clean environment.”

Some people did rev their engines in front of the protestors, but some marchers believe that climate change has nothing to do with politics.

“[Meteorologist] Paul [Douglas] even has a quote: ‘you don’t have to be a liberal to believe in climate change, you just have to be literate’,” Olson said.

At the end of the day, the marchers just want to get people aware of the issue and promote change because, “if this planet goes, we all go – it’s indiscriminate,” Isaiah Oleson, BLUE Member, said.

BLUE is sponsoring a presentation by Meteorologist Paul Douglas on how climate change is affecting the Brainerd Lakes Area Saturday, September 22nd. The presentation starts at 10:00 a.m. at the Lord of Life Lutheran Church in Baxter and is free to attend. 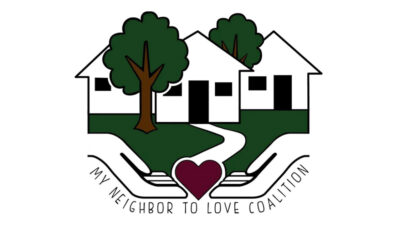 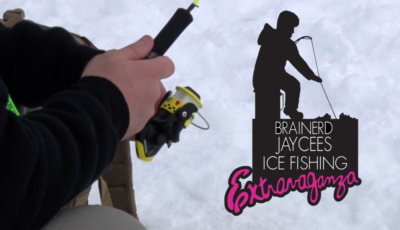 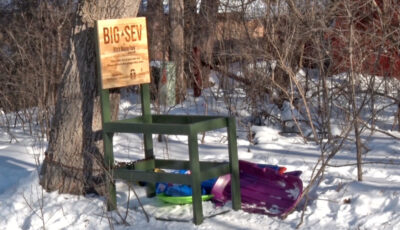