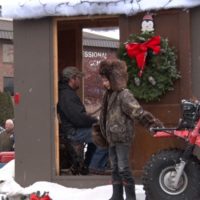 “You don’t expect to have a parade in November,” Emily Kyllonen, a Fish House Parade Attendee, said.

Well, expect the unexpected, because today was the annual Fish House Parade in Aitkin, a tradition that has been going on since 1991.

“There is no ice fishing where I am from, so this was awesome,” Eric Allen, a first-time parade attendee, said. “This was fun – love the enthusiasm, great costumes, everyone was really into it, and it’s just a good small-town bonding experience.”

Although the start of ice fishing season depends on the lake, people were showcasing their creative fish houses in preparation for the season. People were competing for the titles of the most hilarious and the fan favorite ice house, and the crowd enjoyed this year’s designs.

“People get into it; it’s funny, it’s humorous, and they bring the excitement,” Kyllonen said.

In November, you never know what the Minnesota weather will bring, but I think everyone was thankful for 40 degree temperatures on parade day.

“I can’t remember if it was last year or the year before, but it was windy, snowy, and cold, so we were happy with the weather.” Kyllonen said.

“The weather was great, the rain held off, it was great for the crowd,” Jeff Running, Security State Bank’s President, said. “We’ve had them where it’s five or ten degrees, and we are in costumes like everybody, and we are hoping we are dressed warm enough, but we just have a blast.”

With so many extra people in town for the holidays, the city of Aitkin did a great job capitalizing on the extra foot traffic as business was booming all throughout Aitkin for the Fish House Parade.

“I think the businesses make it a point to be open, have good deals, and draw people in,” Kyllonen said. “I think it brings in a lot of revenue for businesses around here.”

“Some people come from afar, they don’t know what Aitkin has to offer until they drive up and see us having fun, and then actually walk Main Street,” Running said. “We are still a vibrant Main Street that has businesses open.”

Soon enough, the fish houses will leave the street and find a spot on the lake for the winter. 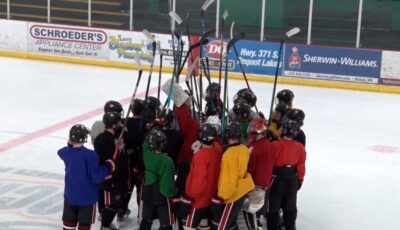 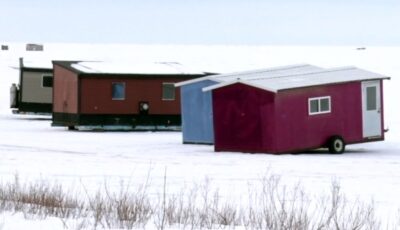 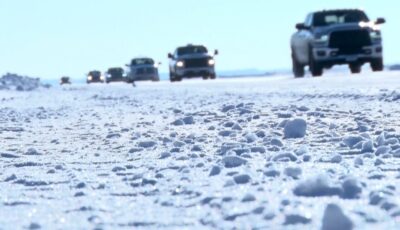