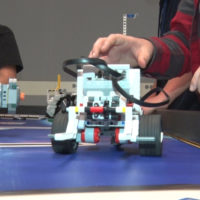 At Forestview Middle School, there is a waitlist to get into a popular afterschool activity: the STEM program.

“Robotics, programming, how to do this, problem solving working as a team. This is the future: science, technology, engineering, and math. It’s the future. That’s what’s changing the world. That’s where the jobs are. The jobs are there. They need to fill them. These are the kids that need to be exposed to them,” said Cory Olson, the Gateway to 7th Grade Engineering Teacher at Forestview Middle School.

The program offers many different activities for a variety of ages of students and runs in conjunction with the sports seasons. “It allows kids that traditionally don’t want to play a sport to had another opportunity,” added Olson.

In the fall, a Sphero and robotics program is offered. The Spheros’ movement is programmed by the students using an iPad.

“The programming is pretty hard at first, but once you get used to it, it’s just fun,” said Bailey, who is a student in the STEM program.

“They don’t drive the track, they program the robot to drive itself through the track,” explained John Tomonovich, the Basic Robots Tech Coach, about the Sphero robots.

There is also a robotics team that competes in statewide competitions with Lego robotics.

The team is hoping to have success at their annual competition in Prior Lake where last year they were just short of making it to state.

“Families really get into it. It’s like sporting events where their parents come and watch. Well, here they come and watch the kids compete in this,” added Danielson.

It is very important to the instructors that kids have the opportunity to be introduced to science, technology, and engineering at a young age. 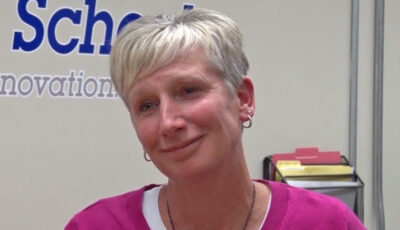 Next Brainerd Superintendent Ready to Take on New Challenge