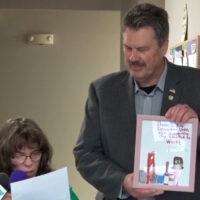 Subminimum wages are becoming a hot topic in Minnesota.

Under Section 14(c) of the Fair Labor Standards Act, employers can pay less than the federal minimum wage to workers with intellectual or developmental disabilities. Those who support it see this as a way for those individuals to still work and be paid based on their performance. But a state task force has been set up to develop a plan to phase out paying below the minimum wage to people with disabilities.

Laura Kovacovich is just one of many people who work at the Hubbard County Developmental Achievement Center. Earning a subminimum wage, Laura is paid based on the work completed rather than the standard hourly payment.

People like Sen. Paul Utke, who represents District 2, are currently working on retaining this special wage. He was recognized recently by the Hubbard County DAC and the advocacy group A-Team Minnesota after working to amend language in a bill that passed last July that formed the Task Force on Eliminating Subminimum Wages.

“A task force got formed that … got a life of its own in terms of trying to take away this opportunity to use 14(c) or special minimum wages,” says James Clapper, A-Team Minnesota Co-Founder. “And of course, we don’t want to see that happen. It’s taking away choices, and he’s been really going against the grain and helping us.”

“[Sen. Utke] has gone above and beyond [the] typical call of duty to speak out for everyone,” says Dawn Kovacovich, A-Team Minnesota Co-Founder. “Both the A-Team and the Hubbard County DAC are grateful to have the opportunity to recognize his outstanding work in this area. We want every single person to reach their full potential and have a lot of choice.”

Both A-Team MN and Sen. Utke say that the controversial language was inserted into the omnibus bill back during a special session. They claim that if the special wages were taken away, it could potentially harm the choice of work for people with intellectual or developmental disabilities.

“We’re concerned with that because it’s a small group of people but a very important part of our population that this is extremely important to them,” says Sen. Utke. “And we’ve got to make sure that this doesn’t get to go through.”

“Staying at home all day – that’s not my choice,” adds Laura.

The Task Force on Eliminating Subminimum Wages includes those who are intellectually or developmentally disabled, those who have received subminimum wages, and even an employer who transitioned away from the use of special wages. The task force’s objectives also include working to highlight ways to increase employment and wages for people with disabilities.

“So far to date, there’s been a lot of providers, quite a few providers in Minnesota who have given up their 14(c) certificate,” said Andrea Zuber, a co-chair on the Task Force who represents The Arc Minnesota. “Those providers have been able to transition people into other types of support and they’re still getting full support.”

“This task force has never set about to change people’s lives or to take something away from them,” states Jillian Nelson, a Task Force co-chair and someone who is also autistic. “This was set to make sure that there are options. Without a plan, the individuals who are currently being served a subminimum wage stand a lower chance of having those programs and those services.”

“The plan is, and has been from the very beginning, to get a broad variety of stakeholder input so that we can really make sure we can get these needs out on the table and incorporate them into the plan and have a plan to address,” adds Zuber.

The bill with the amended language has been introduced and had a first reading in the Minnesota house on March 7th. It now states that the task force is to develop a plan to “promote independence and increase opportunities for people with disabilities to earn competitive wages.”

As of now, the task force has until August 1st, 2025 to provide a plan and make recommendations to end subminimum wages. A bill will be written up based on these plans. But if the amended language that Sen. Utke and other are proposing passes, these plans may change.

11 other states have passed legislation to stop the use of 14(c). 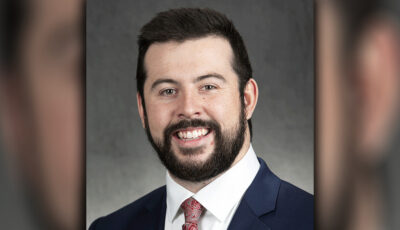