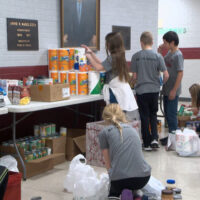 Fosston Schools Compete for a Cause with Holiday Food Drive

Attempting to eliminate hunger in a community can be a large and daunting task, but that’s exactly what students at both Magelssen Elementary and Fosston High School are trying to face-off against with their Holiday Food Drive.

“We’re bringing in a bunch of food, and then we’re going to be donating it to the Loaves and Fishes Food Shelf in Fosston,” explained Elise, a Magelssen Elementary School 4th Grade Student Leader.

The two schools are currently competing to see which can raise the most amount of food, with the reward being, as 6th Grade Magelssen Elementary Student Leader Liv explained, “Whichever school donates the most items, the opposing principal will get pied in the face.”

“I quickly realized that probably the high school principal was going to get a pie in the face,” said Magelssen Elementary Principal Dan Boushee. “May not happen, but I’m feeling pretty confident.”

As a result of this confidence, Principal Boushee proposed an extra challenge to the elementary students.

“If we get to 1,200 items,” explained 4th Grade Magelssen Elementary School Student Leader Peyton, “Mr. Boushee will get a pie in the face.”

In addition to the friendly competition between the high school and elementary school, Magelssen Elementary is also competing within its own classes.

“The elementary school has a contest independently between classrooms,” said Elise, “And whichever classroom brings in the most food items wins a cookie party.”

The task of sorting and tallying the donated food falls to the 17 Student Leaders of Magelssen Elementary, who have all taken charge in order to help give back to their community.

“It feels good because you know that you’re helping the community out,” said 5th Grade Magelssen Elementary Student Leader Emilee. “So we donate to them, and it feels really nice to help our community.”

“It just makes me proud to work at Magelssen Elementary School, and proud to be a Greyhound because these kids just do an amazing job,” said Boushee.

The school district’s food drive began earlier this week and will continue until next Monday, Dec. 12. 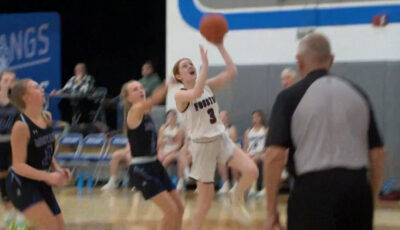 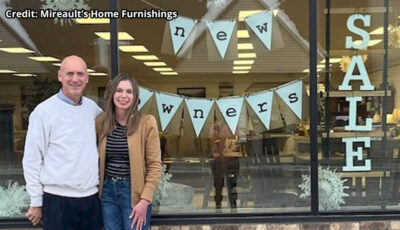 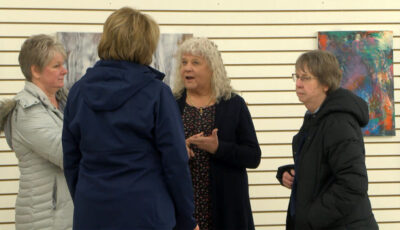