A Fosston man has been accused of stealing a dog and leaving it outside in the frigid cold on Saturday, January 26.

According to the Polk County Sheriff’s Office, Brady Kevin Hanson, 26, has been charged with burglary, theft, stalking, and animal cruelty after allegedly stealing a dog and leaving it on the side of County Road 6, north of Fosston.

A woman reported Saturday around 2:00 a.m. that Hanson, who was known to her, was following her in his vehicle, and she believed he had gone into her home and stolen her dog, a release said.

On Saturday around 12:00 p.m. the victim was able to recover her dog, which appeared to be uninjured but showed signs of being outside in the frigid temperatures.

Tracks from a vehicle and the canine were located north of Fosston and deputies were able to locate Brady Hanson, who was placed under arrest.

The case is being investigated by the Polk County Sheriff’s Office. 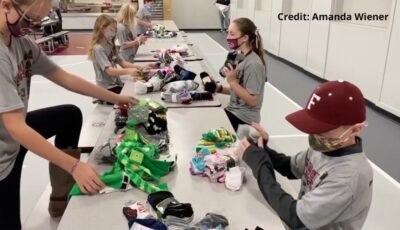