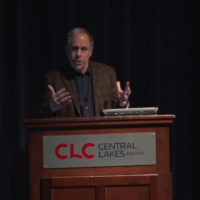 Tom Hanson, a foreign policy expert who previously worked as a U.S. Foreign Service Officer with the Department of State, stopped by Central Lakes College today to talk about United States foreign policy and the midterm elections.

Hanson currently serves as Diplomat in Residence at the Alworth Institute for International Affairs at the University of Minnesota, Duluth. He spoke on his experiences during his diplomatic postings in East Germany, France, Norway, the Soviet Union, and Sweden and talked about the current administration’s approach to foreign relations.

“There’s been obviously a major shift, transition in priorities from the Obama Administration to the Trump Administration. A lot of Obama’s policies have been undone and been reversed. We have shifted under President Trump to a more aggressive stance toward China. We see that with our tariffs,” said Hanson. “And we’re beginning to see China as more of a threat.”

The presentation was put on by the Gordon Rosenmeier Center for State and Local Government, a non-partisan organization that serves to educate and encourage participation of citizens in effective government and political process. The Rosenmeier Center brought in Hanson to speak because they wanted people to be aware of how important our country’s foreign policy is.

“Foreign policy, international affairs are of great concern to citizens whether they know it or not. In this globalized world, a lot of the issues that we talked about today impact people very directly. Foreign policy doesn’t usually register very high in any election, but in fact it’s more important than ever to have an informed citizenry,” added Hanson. 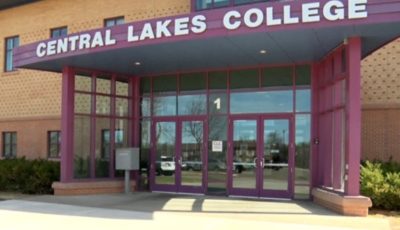