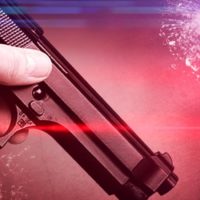 FedEx Driver Charged After Allegedly Shooting at His Own Vehicle 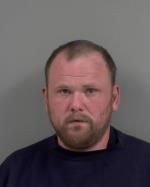 A former FedEx driver has been charged in Beltrami County after allegedly shooting at his own vehicle on May 17.

The man charged is 36-year-old Kevin Allan Bannor.  He has been charged with one felony, 1st Degree damage to property. Also, one gross misdemeanor for unlawfully possessing a firearm. He was also charged a misdemeanor for falsely reporting a crime.

According to the criminal complaint, police were called by Bannor several days before the shooting incident to report someone in a white Buick LeSabre brandishing a firearm and threatening him verbally.

On May 17 at 11:25, Beltrami County deputies were dispatched to a report of a vehicle being shot on Highway 71 near Movil Lake Road. Bannor met with deputies and showed them his white box-truck vehicle. The truck was missing the passenger side mirror and displayed what appeared to be bullet holes in the driver side door. The driver side and passenger side windows were broken out. Inside the truck, deputies observed corresponding holes in the seat and center console.

Bannor appeared to be visibly shaken, after showing deputies the damage to the truck he got into a patrol vehicle to direct the deputies to where he claimed the shooting occurred, the intersection of Winter Sumac Road and Sumac Road. Bannor told the deputies that he had been stopped at the intersection when a white Buick LeSabre pulled up near him and the front seat passenger fired a handgun at him. This was the same Buick LeSabre Bannor had called law enforcement about previously.

Deputies searched the area for spent shell casings and remnants of the glass that Bannor stated he pushed out of the box-truck while driving. Deputies used metal detectors in the ditches and roadway trying to find the shell casings to no avail. Deputies did find the glass and a side mirror purported to be from the vehicle in a ditch near the location of the claimed shooting.

Deputies spoke to those in the homes near the area of the reported shooting, and found that residents had heard gunshots in the area. No residents had seen vehicles around the time they heard gunshots, except for one resident who saw a vehicle that he described as a white box-truck.

The box-truck was eventually taken to a secure law enforcement site for analysis. Investigators determined that the box-truck had cameras installed in it, and they contacted the owner of the truck to assist in obtaining the memory card for the camera.

Investigators played the memory card and observed Bannor stopping the box-truck at the intersection of Winter Sumac and Sumac Road, opening
the door, and exiting. Four gunshots are then heard, and Bannor reenters the box truck with a black pistol in his hand.

In the video, Bannor begins driving before stopping and exclaiming, “[Expletive], I forgot the cartridges.” Bannor then drives to his residence where he exits with the black pistol and reenters without it. Bannor then drives back to the area of Winter Sumac and Sumac where he exits the box-truck momentarily before reentering and driving toward Highway 71 and turning north. Bannor is observed calling 911 and reporting that he has been shot at. Bannor is observed passing a MN State Patrol vehicle on the road. Bannor continues north until he stops on Island View Drive and awaits law enforcement.

Due to the numerous bullet entrance and exit holes in the exterior and interior of the box-truck as well as the multiple broken windows and mirror, the amount of damage to the box-truck is believed to exceed $1,000.00.

In total, thirteen members of local law enforcement were involved in the investigation.

Investigators are aware that Bannor is subject to an Order For Protection (OFP), filed in Beltrami County Personal service of this made on Bannor on May 11, 2021.