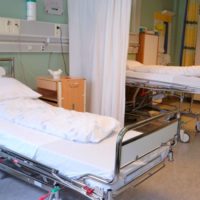 FARGO, N.D. (AP) — An executive at the largest health care system in North Dakota said Tuesday that its hospitals in Fargo alone could use up to 300 more nurses to handle COVID-19 cases and is bumping up incentives to try and fill the void.

The state Department of Health reported Tuesday that 514 of the 2,712 active cases in the state are in Cass County, which includes the Fargo and Moorhead, Minnesota, metropolitan area of nearly 250,000 people. Hospitals across the region are filling up with both COVID-19 and non-COVID-19 patients, Griffin said, and Fargo Sanford is about two to three weeks from reaching its peak hospitalization capacity.

Besides nurses, Fargo Sanford is also short-staffed in other areas like patient services, respiratory therapy and even “people who draw blood,” Griffin said.

Griffin said the Fargo system has hired 150 travel or contract nurses from other areas and has offered increased wages, sign-on bonuses and other unspecified perks to attract more workers. He said it’s the most dire staffing situation the system has faced in an area that has long had a nursing shortage and has already seen one COVID-19 surge. Many workers have quit from burnout, fatigue and watching patients die, he said.

The hospital is delaying some surgeries, including knee replacements, hernia operations and even some heart procedures that are not considered urgent, Griffin said.

It’s also about low vaccination rates, he said. In 22 hospitals across the Sanford system, 123 of the 141 COVID-19 patients are unvaccinated. Forty-four of the 48 people in intensive care units are unvaccinated and 28 of the 30 people on ventilators have not had shots.

“The vaccines are a personal responsibility to help our communities and our country get through this pandemic,” said Griffin, who added that while he respects other opinions, he is “frustrated” by the vaccination turnout.

Sioux Falls, South Dakota-based Sanford bills itself as one of the largest rural health care systems in the country. It has major medical centers in Sioux Falls, Fargo, Bismarck, North Dakota, and Bemidji, Minnesota.

While most of the coronavirus patients in the Fargo system are from the metro area, Griffin said it has received inquiries from patients in “many, many places.”

Red Lake Nation: People Coming for Work Should Be Vaccinated