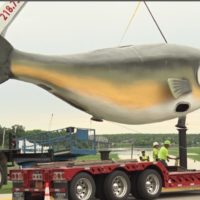 “A lot of people around the country know about Willie. They may not know Baudette, but when you tell them Willie Walleye is there, then they tend to know where it’s at,” says Baudette City Council Member Greg Johnson.

The old Willie Walleye spent 60 years in the Baudette community. He was 40 feet, 2 ½ tons, and eventually came to be known as a symbol of Lake Of The Woods.

“When you’re giving directions to somebody, you can always say ‘do you know where Willie Walleye is? We’re the store right next to it or turn left or whatever.’ Everyone knows where he is,” says Sara Jonassen, a Baudette resident.

Those decades of fame have brought a lot of good Willie memories to the people of Baudette. But with the memories also came a good amount of wear and tear.

“The original was made of rebar and cement and the cement was starting to crumble to the point where it just wasn’t fixable. Some of the iron inside of it was rusting, so it just wasn’t a fixable structure,” says Johnson.

The new Willie is made out of fiberglass, so he’s built to last. Legend has it the old Willie brought luck to fisherman, so many in the community are hoping this one will do the same or at least still be fun for families to hang out around.

“We’ve always told the story that we caught him and I think every grandparent does or every parent that comes through and every kid wants to catch a Willie Walleye,” says Judi Dodds, another Baudette resident.

The crew will work for two days putting the final touches on Willie. That means nailing him to the ground and putting on his extra fins. For the past weekend, nothing had been in Willie’s spot, which had tourists a little worried.

Johnson says, “There’s been a few people asking once it was gone where Willie was because they were here to take pictures, so it means a lot to the area.”

While Baudette residents are sad to see the old Willie go, some are looking forward to the new memories this one will create.

“I guess it won’t be the same as the other one, but change is still good,” says Jonassen.

Dodds adds, “It’s different, but we’ll move forward, move on. Bigger, better. The other one had old stories, this one will have stories to tell, too.”

Baudette residents raised more than $62,000 to bring in the new Willie. The City Of Baudette also added money to the fund. 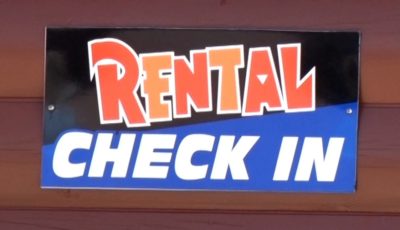 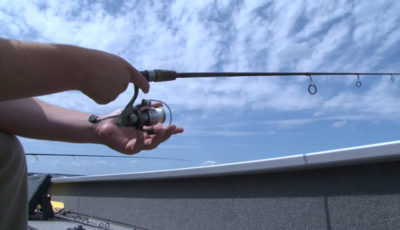 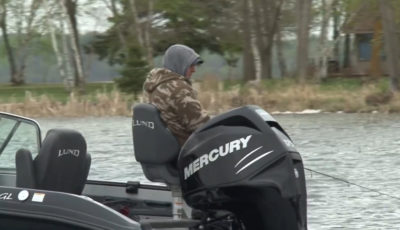 Fishing Opener Set To Be Favorable For Local Anglers